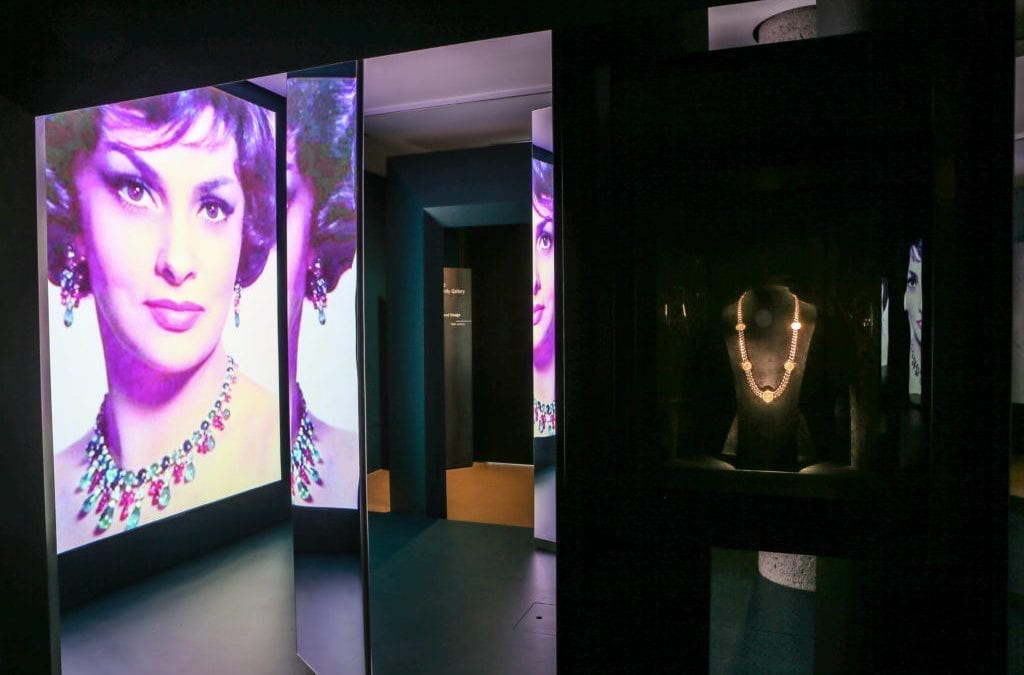 The news in November that I had been selected for HandShake 4 was rather daunting.  The 7.8 earthquake had left me shaken – with a recent move into a 12th floor apartment and nothing yet secure in it’s final location – our possessions were left in jumbled and broken chaos. The priority was to try to get back to order and normality.

A few days of respite came with Christmas in Melbourne.

Had not checked what was on in the galleries before travelling but on arrival found that once again the NGV (National Gallery of Victoria) was hosting outstanding and not to be missed exhibitions – Bulgari jewellery and Viktor and Rolf fashion.

The presentation of the Bulgari exhibit was interesting – most of the pieces on display had been owned by well-known film stars – and by the use of large video/slide screens, mirrors, spotlights and darkened space this relationship was made clear. Alternatively there was also a sense of being in an airless vault buried deep underground to isolate and secure these treasures.  Perhaps the darkness also hints at the oftentimes troubled history that lies behind the finding and ownership of such gems. The glitter of the fabulous stones was remarkable, the consummate skill of the makers absolutely unquestionable. The backward looking emulation of historical styles/techniques made the collection seem like a series of technical exercises. Interesting to see and valuable for the questions it raises but leaving this viewer uninspired and somewhat disturbed.