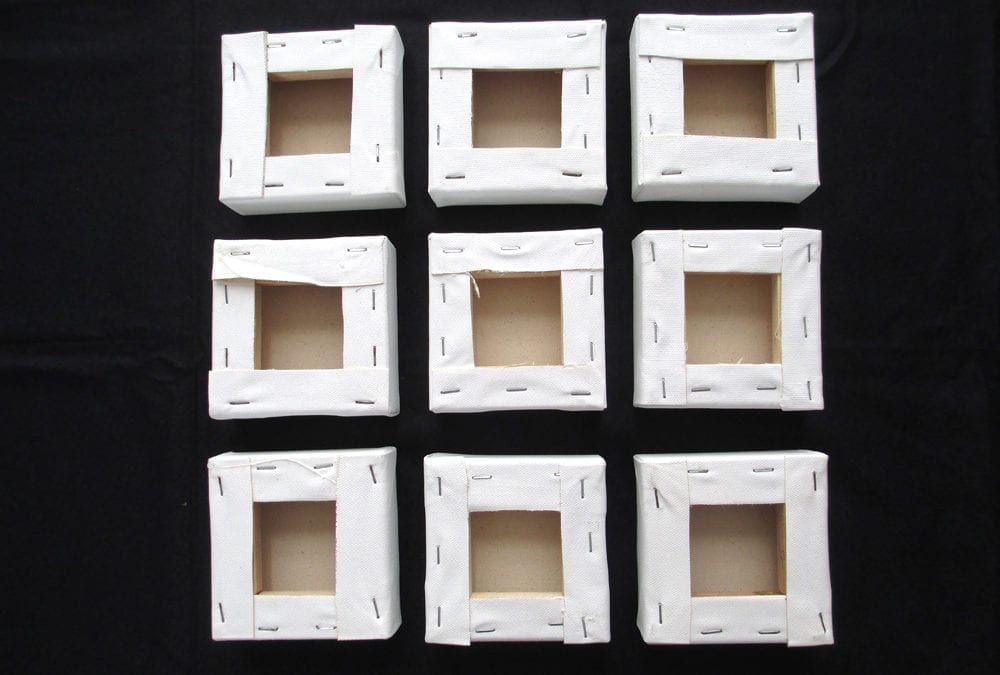 One of the sessions during Roseanne Bartley’s workshop at the beginning of the year was based on the idea of using a list of verbs as the basis for working with one of the materials we had brought.  Having a list of words (materials, colours, times, actions) as the stimulation for a way of working is not new.  Perhaps the most well known list is the one Richard Serra developed in 1967-68.  His concept that ‘drawing is a verb’ led to the list.  I’ve often suggested to people who are feeling stuck in their process that using this model as a way of getting moving again can be a great way to overcome inertia – write out Serra’s list, or make your own, cut it up and put the words in a container, pull one out, set a time limit and get on with the playing. 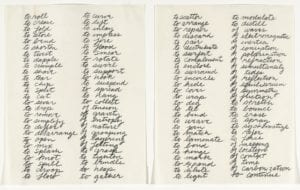 Of course, Serra was not the first artist to think about the notion of actions in terms of making art, and perhaps more especially painting – Jackson Pollock of course springs to mind. But over the course of the 20th century there were many others, artists like Italians Lucio Fontana and Alberto Burri, in Spain Antoni Tàpies and Manolo Millares and in Japan the Gutai group.  These artists, working just after World War II responded with a fundamental rejection of traditional painting techniques and found a new way of expression through the idea of destruction as a creative process.  Their response arrived at independently echoes the avant qarde movements around WWI. 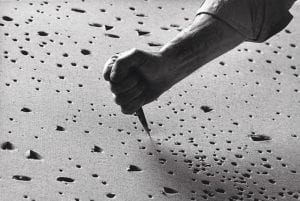 Valerie Hegarty is an American contemporary artist, again responding to turbulent times with an innovative use of destruction and chaos that subverts the institutional white space of the gallery. Her painstaking trompe l’oeil recreation of historical artefacts and the seemingly wanton desecration of them arouse feelings of intrigue, tragedy and repulsion. 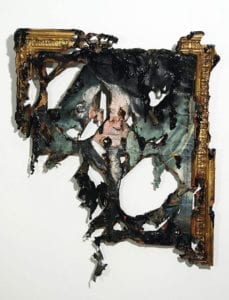 In thinking about the disruption of the grid in Lam de Wolf’s wall work I thought about experimenting with different ways of attacking the grid and having purchased 9 small canvases I worked out my list (not particularly inventive) and took on the pristine white surfaces. 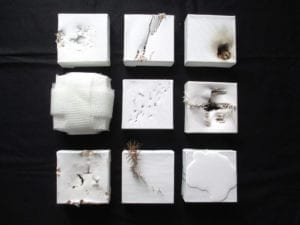