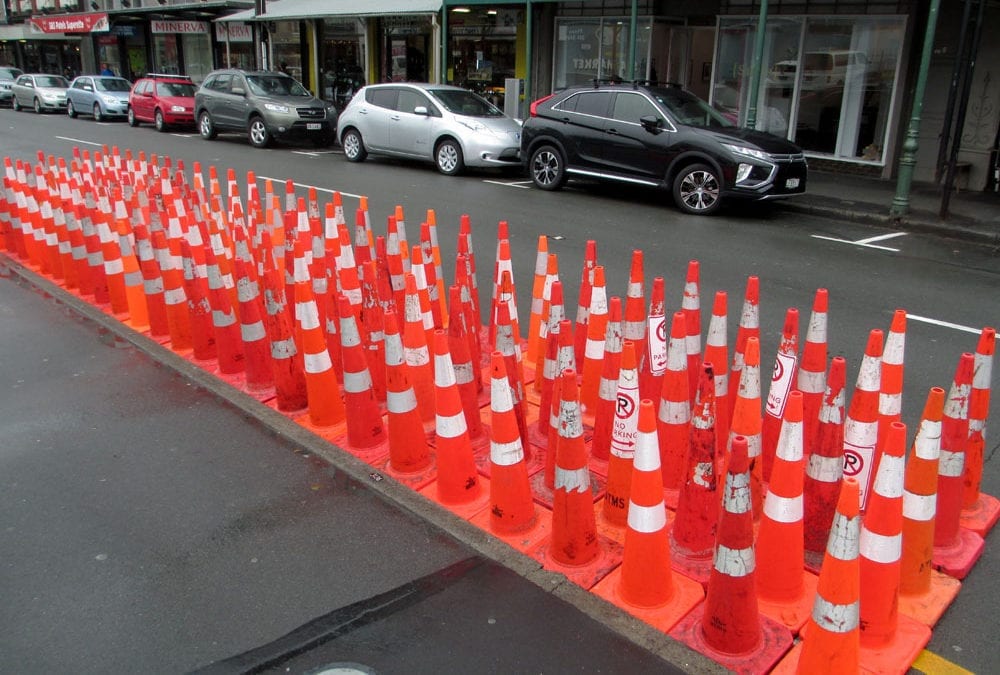 In my spare time (lunch is over-rated) I made a necklace that responds to the Google translation of the Dutch that described one of Lam de Wolf’s necklaces. I put the description of my necklace through the translator: 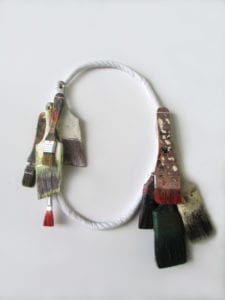 I’ve also been working on another set of houses, very similar to the ones I made for the HS 4 Corban’s Art Centre last year.  When I began looking at the jewellery collection at CODA I had only just become aware of Onno Boekhoudt’s work, so was interested to look further into his practice.  The discovery of his series A room for a finger, gave pause – here was another moment when after you have made something, you find someone else has already made a work so similar the dread of being thought a plagiarist contaminates the satisfaction once felt about your own project.  However, there were many other aspects of Boekhoudt’s work and philosophy that I felt an affinity with.  Ana Campos, writing for Klimt02 in 2017 compares Boekhoudt with Duchamp.  She writes about the latter’s collecting of objects to make things (his word for jewellery), but that not everything was wearable.  The rejection of art by Duchamp is similar to an anti-jewellery interest in Boekhoudt.  I find the interest for my own practice – the making of things that might be worn, but that would challenge the wearer on many levels, touches the periphery of this idea.  Having made one set of houses, here I am making another 100 and although I’m fed up with the MDF dust that spreads far and wide through the studio, I’m contemplating making another for the multiple project for CODA.  I wonder if they would be interested? 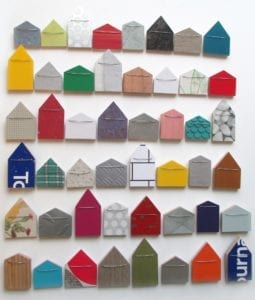 March 8th was Park(ing) Day in Wellington and once again OCCUPATION: Artist was involved with their project Detour.  As one of the members of this group I spent the (sadly rainy) day arranging and re-arranging 160 traffic cones on two parking spaces in Cuba Street.  The first and final arrangements were the grid-formation.  The idea originated many months ago and it was not until I was working on the installation that it dawned on me that here I was carrying out another ‘grid experiment’.