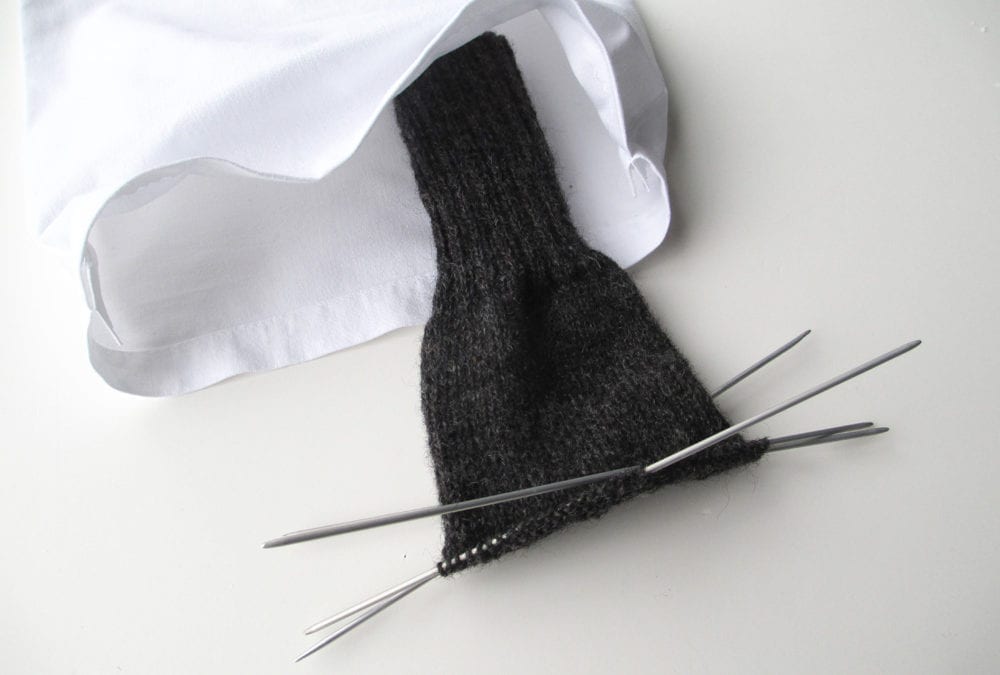 With the CODA work packed up and now (I guess) on the way to Apeldoorn it seems like a good time to look back on this part of the HandShake project. 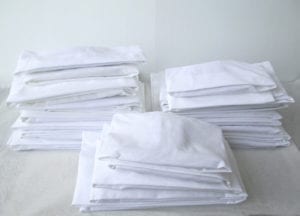 All the ‘bracelets’ packed in their cotton bags

I’ve had a lot of fun investigating ideas that came up in response to the stimulation of looking at Lam de Wolf’s work.  I felt a connection with the way she does not allow herself or her work to be locked in to a single field but explores ways of extending her making in relationship to the body beyond wearing and onto the wall and out into the world.  I hope at least some of my experiments have responded adequately to that.

I feel disappointed that some of the experiments had to be cut short because of time and the need to ultimately make a decision about and then finish the work that was to be sent.  There are always the lingering questions about was the choice the right one or would a little more time with one of the other possibilities have produced something better.  The other side of that quandary is of course that there are a number of potential works scattered/stacked around my studio needing development and resolution or just consigning to the rubbish bin.  The work taunting me (maybe that should be torturing me) the most is the large gridded painting – I think of it often but am frozen with regard to working on or finishing it.

There has been rather a hectic few weeks with the finalising of the CODA work, a slot at TheSeeHere (https://www.theseehere.com/), working on details of a work for Radiant Pavilion in Melbourne and the Lightening Talk (15 slides, 20 seconds each slide) to be presented at the seminar day at the same event and a realisation that the video work that will be my contribution to the Te Uru show needed to be filmed before heading to overseas on September 3rd.

Well for better or worse, the filming is done and hopefully the inadequacies of working with unanticipated time constraints can be ironed out in the editing process.  I do believe in the idea of the work, and in my imagination, feel excited about how the stairwell location of the projection deals with exploring the space of the gallery (part of the brief).  The wall of windows nearby will inject changing amounts and qualities of light which I hope will alter how easily the video can be seen.  I’m still waiting to hear about if and how the sound component of the work can be facilitated, so fingers crossed on that one.  I’ll also need a howling southerly to blow – that shouldn’t be too much of a problem in Wellington.