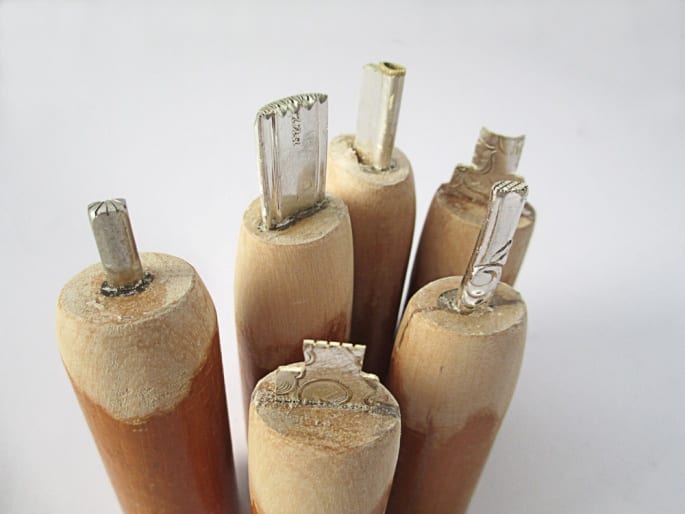 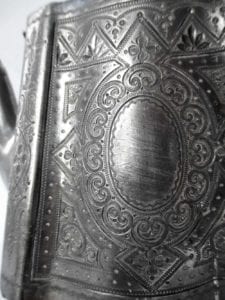 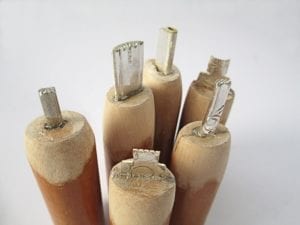 Punches made from silver plate scrap. 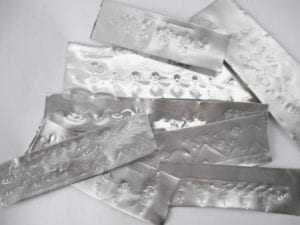 I’ve spent a few days playing with the idea of trying to recreate some of the intricate patterns punched onto some of the vintage teapots I’ve collected.  I really wanted to cover an aluminium saucepan with this type of ornamentation.  Unfortunately the thick aluminium it not quite as soft as the Britannia metal and so it is not going to be worth pursuing at the moment when there is a completion date looming.

I’m making some progress and have a lot of pieces – some finished and others partly made.  As just mentioned there is often a lot of trial and error.  I think I have the perfect piece but at the next stage it doesn’t work, which means there is a mounting accumulation of potential components as well as useless scrap on my desk and in the storage bins under it.

The collecting of both raw, often found or under-valued materials and the scrap that results from the re-use of the original objects is often a major part of the work I do, and I see it in many of my colleagues.  It was interesting to read an essay by Miriam Schapiro and Melissa Meyer where they examined the hidden/ignored history of women makers/artists for whom this collecting and use of scraps was fundamental.

“Women have always collected things and saved and recycled them because leftovers yielded nourishment in new forms.  The decorative functional objectys women made often spoke in a secret language, bore a covert imagery…”