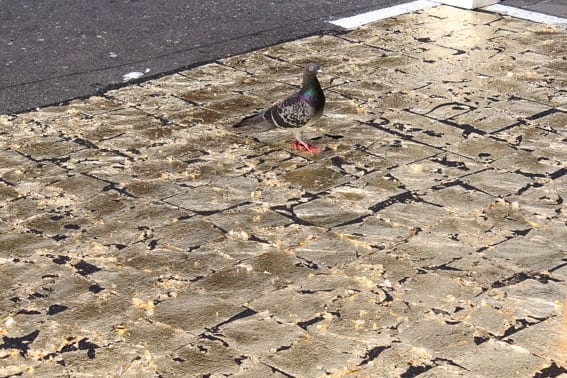 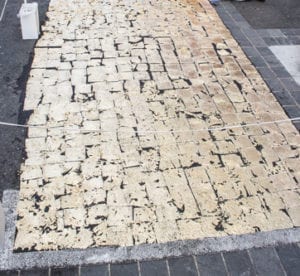 Occupation: Artist (https://occupationartist.wordpress.com/), one of the groups I’m privileged to be part of will soon be off to Melbourne for Radiant Pavilion (26th August to September 3rd).  We participated in this contemporary jewellery festival two years ago when it first started and invaded the windows of shops along Crossley Street.  Our project this time is again based in this wonderful little secret street (though with Gallery Funaki there it is a favourite haunt of followers of contemporary jewellery).  The idea came from our ParkingDay work of 2016 in Wellington where we gold-leafed a parking space (image below).

In Melbourne we are giving the use of the gold leaf context through reference to the Gold Rush that started in 1851 in Victoria.  The greatest yield for one year was in 1856, when 94,982 kg of gold was retrieved from the diggings. The gold passed through Melbourne and turned it into a boomtown.

Unfortunately the joint project we had envisaged has recently been made impossible by council requirements for traffic management and insurance issues, so it has devolved into a series of individual responses along the street some of which (including my own) are still in the process of resolution.

I grew up with the story that my great great grandmother, Phoebe Emmerson had discovered Peter Lalor hiding near her store and bleeding badly from wounds suffered at the Eureka Stockade (http://eurekapedia.org/Phoebe_Emmerson).  She tore up her petticoat to bind his wounds – I have no idea if there is any truth in this story, but certainly Phoebe and her husband left England in 1852 and went to Ballarat to set up a store on the goldfields and this journey is of most interest to me and is the basis of the performance work I am working on for Radiant Pavilion.

This is something I’m interested in doing.  I feel it ties into the idea of the Gold Rush – I imagine that without being aware the people at the diggings would have had particles of gold on their shoes, on their clothes, maybe it even got into their food.  I would like to do some walking in the hope that a trail of gold becomes visible.  I wonder if passers-by would let me gold leaf their shoes?