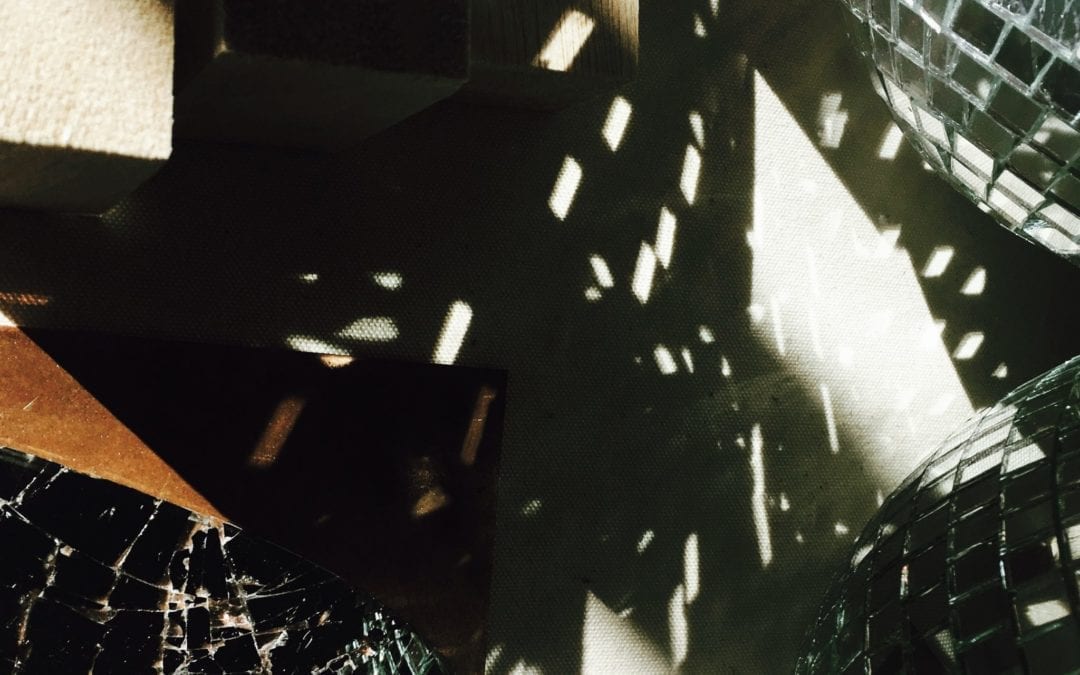 At the beginning of the year, I found two objects that have formed my line of inquiry this year.  One was a shattered car rear vision mirror and the other was a disco ball.  The glitter, the glam, the shatter.   There is something in these objects that appeal to me, both in terms of popular culture tropes and holding the potential to reveal some inner fleeting introspection of ourselves.  Mirrors play an interesting role in contemporary art, symbolically reflecting notions of the fragmented self and ambiguities of perceptions.

In May this year, I saw the Joan Jonas show at the Tate Modern, which laid out an intriguing body of work connected to mirrors and videography.  Bruce Ferguson, in the book ‘Joan Jonas On Our Mind’ writes:

‘The mirror is the artistic trope of the break from modernism to postmodernism….It is not a representation, static, invested with resignation to facticity.  Instead it gravitates to new sites and new cites and new sights, dancing a folic over and through an untamed territory; the mirror as ferocious euphemism for all that disappears, reappears and is about to appear yet again in another mode as a symptom of what cannot be contained by enlightened thought.’

Is this where the gaze turns into the glimpse?