Home / Observations on the contemporary object

Observations on the contemporary object 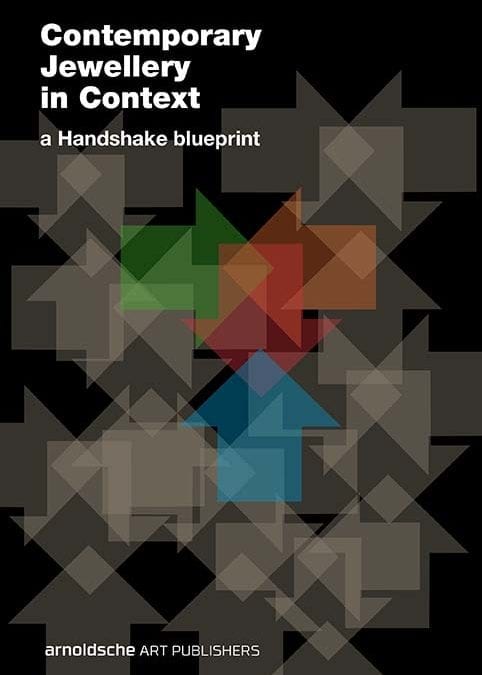 30 November 2017 posted on The Big Idea – Mark Amery writes about current issues and exhibitions around New Zealand. The following text explores ‘craft’ as a verb:

Welcome to the fine contemporary object. It’s a little bit punk – revelling in making unexpected connections, experimenting freely in the space between craft and art. It is unlikely to be worn. Or if it is – like a necklace made out of too cute taxidermied yellow ducklings by Lisa Walker from 2016 – it will totally test others expectations. Exquisitely crafted, it may richly suggest historic uses and technologies, but then not actually fulfil any. Instead it bristles with things to think about; concepts about our way of living and our environment through the materials we use.

Fine object-making has burgeoned in its experimentation over the last two decades, yet while receiving increased public gallery attention still mainly inhabits a slipstream to the mainline of contemporary art discussion. But it still thrives being bold on the edges, and artists turned curators have created their own support networks. There are strong connections through to Europe, as witnessed by jewellery survey exhibition Wunderrūma curated by prominent jewellers Warwick Freeman and Karl Fritsch, which opened in Munich in 2014 before returning to The Dowse Art Museum and Auckland Art Gallery Toi o Tamaki.

Much still carries the name jewellery, yet it’s the qualities explored not adornment that become important. The title of Sarah Read and Liesbeth Den Besten’s work ‘On Jewelleryness: Touch’ says it all. As part of the Handshake Project at Auckland’s Objectspace in 2016, the artists encouraged participants to rub a black tabletop to reveal images and texts beneath.

In an excellent recently published book on Handshake and the local scene, Contemporary Jewellery in Context – a Handshake Blueprint (highly recommended for deeper consideration of this kind of work than I can give here) Objectspace director Kim Paton introduces American craft theorist Glenn Adamson’s suggestion that we should understand craft as a verb instead of a noun. It is “an action or a relationship between two states, it emerges as an idea rather than a concrete set of things.”

Objectspace and the Handshake Project are two key organs of this independent body. A Ponsonby based public gallery devoted to the fields of craft, design and architecture, over 13 years Objectspace has impressively grown its support base (on top of core funding from Creative New Zealand to represent object-making) and imaginatively grown its allegiance to makers to represent their experimentation.

Under Paton this year the gallery expanded its remit to design and architecture as it moved into new purpose built premises in Rose Road. The building offers a library, public programme space (the Ockham Residential Lecture Series was launched in November), and the main gallery space which in its high stud will challenge the makers and curators of objects to think in new ways in terms of presentation. The challenge has already been laid down to other artists by Warwick Freeman in his bold installation ‘In Praise of Volcanoes’ out on the gallery forecourt (until 31 January). A palisade constructed out of deeply charred timber on volcanic rock paving, it speaks to Auckland history and environment and a material based local visual language. Sculpture? Architecture? Object? We’re a long way from jewellery.

Created by self-declared jewellery-artist activist and Whitireia polytechnic tutor Peter Deckers – who continues to be a significant independent force in developing, promoting and supporting fellow makers – The Handshake Project selects emerging jewellery artists and pairs them with a mentor of their choosing anywhere in the world.

Working through a public blog, Skype and other communications the programme is distinguished by its emphasis on artist-to-artist exchange, experimentation and collaborative creation. It encourages support in independence Begun in 2011 the programme is now onto its fourth cycle of pairings, each cycle involving a series of exhibitions, throughout New Zealand and internationally and international masterclasses.

Handshake takes jewellery through mutual support and plenty of play to places neither mentor or mentee may have otherwise taken it. Exhibition Handshake 3: Reflect is currently on at the Dowse until 3 December, after showings at Objectspace, Munich and Stockholm. A more diverse range of approaches to the object is hard to imagine. Neke Moa sculpts out a hollow in a piece of onewa (greywacke) from a swimming hole in the nearby Hutt River Te Awakairangi to represent wairua, Kathyrn Yeats’ objects relate to the domestic rituals of making in response to pregnancy and then miscarriage, Amelia Pascoe does beautiful, expressive organic things with the glass blowing of the laboratory flask form, and Becky Bliss scales up the common old-style wooden clothes peg in concrete. At the Dowse it’s a room awash with smart ideas, beautifully explored and executed that touch off ordinary relatable experiences of life.

There are significant energetic dealer galleries in New Zealand devoted to presenting new applied arts, among them The National in Christchurch, Avid in Wellington and Fingers and Masterworks in Auckland. But jewellery like pottery has by nature evolved with cooperative and artist collective models of support. Fingers began as a cooperative in 1974.

The See Here is a small yet tall white installation space in Wellington that places itself within the windows of other businesses. It began in Newtown in 2010, shifted to Tory Street six years ago and has recently found another new home in the window of the French Art Shop in Ghuznee Street, right in the midst of the thick of the capital’s dealer galleries. Run by artist-jewellers this project space is dedicated to experimentation, responding to the window box as space with passers-by, rather than simply a cabinet for new rings, brooches and necklaces. Its longevity is testament to the independent resilience and organisational capacity of these artists. 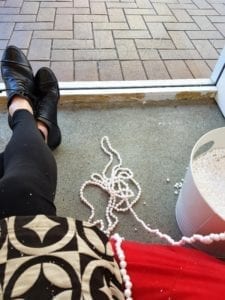 , 2017Activity is often eye-turning. Currently Sarah Read has taken up residency in the small space with a bean bag, appearing on occasion fashioning elaborate necklaces out of the polystyrene beans. Celebrating the magic in the mundane and the repetitive action, the work is called ‘How to make a necklace from a chair’. The previous installation ‘Tipple’ by Vivien Atkinson was a giant necklace made out of fine sherry glasses, their bases removed and the whole arrangement on a sloping board festively, tipsily tinkling like a band of bellringers.

Punk or polystyrene, taxidermied or op shop found, these works may be light in delivery but they come from an interest in revaluing everyday material, and giving weight to our actions in the world. There are other artists however who are using natural materials more traditionally valued in daring new ways that also connect us with our environment and our histories.

On show at FHE Galleries in Auckland, are Chris Charteris’ extremely elegant and deadly to-the-point giant needles made out of whalebone (Itutu, until 30 November). The works pay tribute to this vital piece of human technology and to the whale itself – a way to pay respect back, the perfect curve of the whale rib refined to a fine taper. The crude primal tool is transformed, the elements of eye and point treated with a keen craft and deep thought to provide objects that are not only visually irresistible but conceptually rich with meanings.

Charteris’ work speaks with power to the role of the object as a primal piece of technology. One thinks of the refinement of the latest iphone, and the way our artists might in this digital age still unlock with supreme craft and thought resonance in an irresistible shape and material.

This notion is very much aligned with that of the work of Joe Sheehan who has taken pounamu and other precious stone into new modern technological shapes and forms to speak to the power of the source material and the intimate role of the object in opening out stories. Previously he has crafted broken remote controls, as if ancient tools found in an archaeological dig. His exhibition of new works at Tim Melville Gallery (until 22 December) features ‘Personal Space’, objects of midnight black basalt that connect the personal touch and the universal. They resemble smartphones and tablets, except here we stare into the black cosmos. Writes Sheehan for the exhibition: “When I made my first cut it was like slicing open the night sky, extraordinary!  It sat open like that until I saw a connection with phones and tablets and our obsession with these private universes.  They are the shadows of their computer counterparts, cut from the fabric of space and they ask “Where are we? What are we doing here?””

Finally, due to open shortly at Objectspace is Ground Work (8 December – 18 February) new work by the Dunedin based Craig McIntosh, an artist I am less familiar with. Like Charteris and Sheehan McIntosh is an experienced stone carver who has moved from a more traditional approach to carving and jewellery to one which looks to how technology can open out meaning and work with our relationship to the history of the stone, environmental and cultural. Working principally with Pakohe (Metamorphosed Argillite) and Basalt McIntosh for this show, McIntosh’s working practice has been informed by his relationship with stone harvesting in the South Island. Some of the objects for the exhibition seen in reproduction resemble broken off abstractions of pipes and valves, suggesting the connecting of things, and the relationship between natural resources and industry.

In a statement that could apply to all the work I have written of, Objectspace write of the upcoming exhibition: “By transitioning this series of objects away from wearability, yet remaining firmly situated in the context of contemporary jewellery, Ground Work gestures to that which cannot be possessed, and instead edges us toward that which possesses us…”