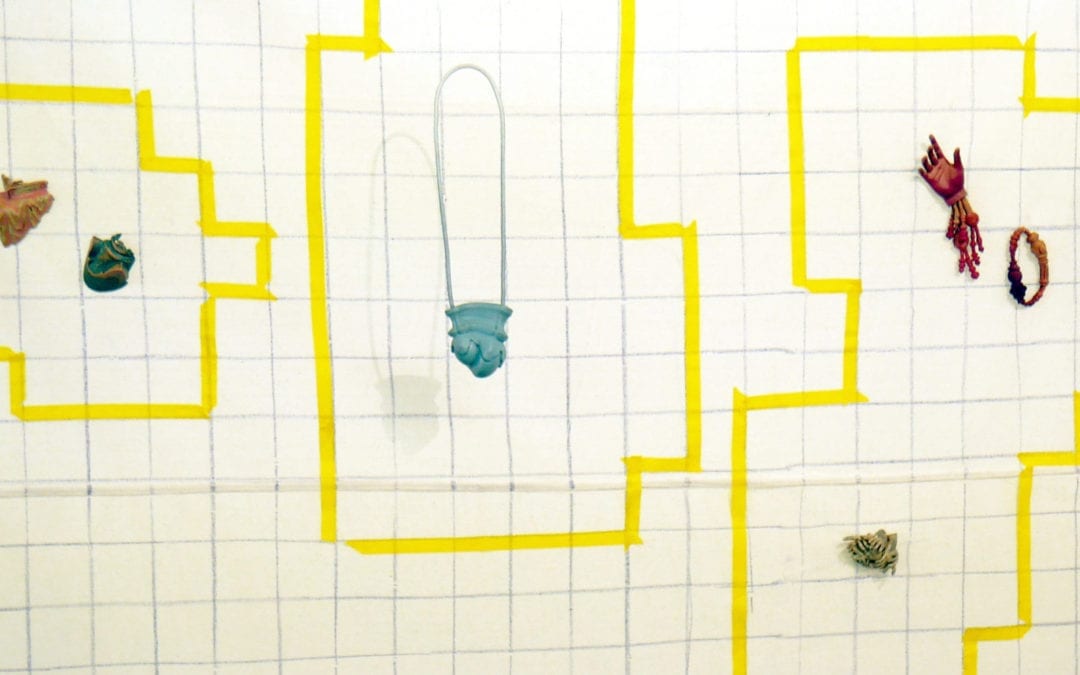 It has been a while since the last Handshake4 show “Process” so I have plenty of time to reflect on what I think worked and what didn’t work so well. Having a concept of process opened up my making a lot, I didn’t feel the need to having a completely unified series of work. It gave me room to explore a few more technical possess. The resulting work still worked as a series but not in way that I would usually form one. I think having a greater difference in the pieces made the series more interesting.
On the negative side I found the way we chose to show the work challenging. It can be tricky to come up with an exhibition design that’s interesting and new which doesn’t compete with the work too much. I feel that the blue grid did reflect the title and idea of process, but to be honest distracted from the work. Also the logistics of hanging work on fabric, that doesn’t sit perfectly, drove some in the group crazy 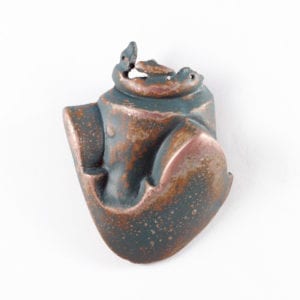 These two pieces from the show are my early explorations into electroforming. They were made by electrofroming over a plastic 3d print, then melting the print away. The result is a thin light weight shell of copper. I think I will develop this prosess further, its light weight could lend itself to making larger scaled pieces.