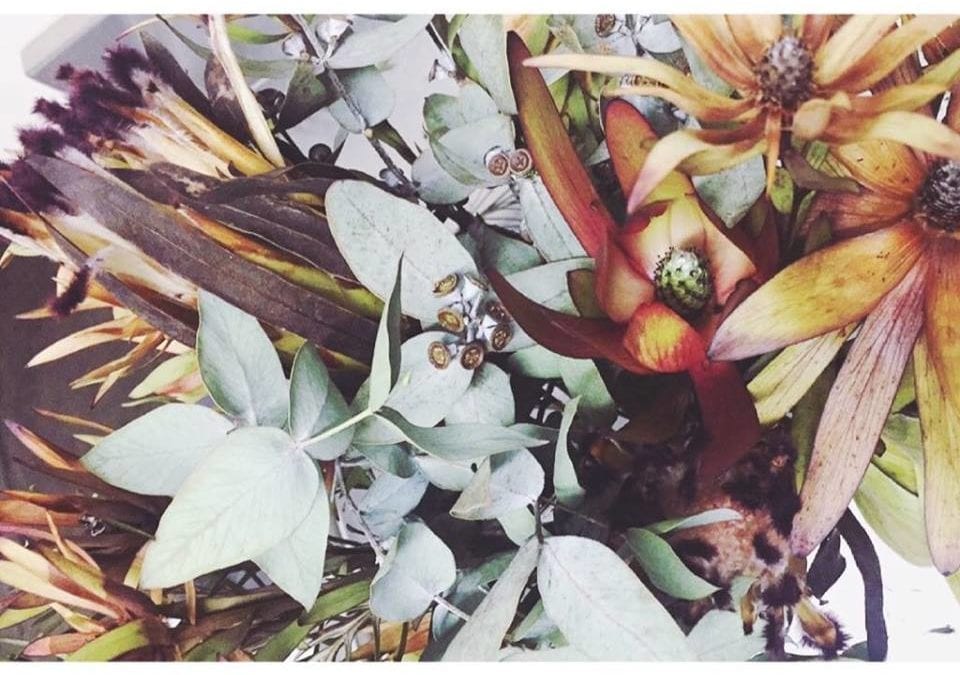 What blooms, dies. Mortality, subject to the processes of nature, is beyond our control. And yet we celebrate life. We exalt a flowers essence – its freshness and singularity- on a literal pedestal, by making its fleetingness exquisitely visible. All too often, however, we capture its intoxicating essence, its ravishing beauty, indeed its very life, by killing it. Eventually it will putrefy, or crumble to dust.

But even in death, what is left behind retains meaning and beauty. The ritual of gathering the dead remains of living beings is a way of returning to the foundations of nature herself. Who reduces all things to their mineral cores or husks and thereby nourishes new life. For the living and the dying are intertwined/life grows out of death, and by exalting what is dead- the beautiful remains-we seek to honour the ephemeral by exalting its neglected, life-giving roots, as well as its ephemeral shells. So while everything crumbles, wars waging, beauty’s forms are eternal. I carry this vessel, inside here watching, eyes that commit, tenacious bleeding heart running through my trembling hands away into the Underworld .. Bound and buried.. In sacred sands. And through the cycles of embodiment and disembodiment, the soul’s feathers flourish so that she may return to her origin.

“Death is the mother of beauty. Only the perishable can be beautiful, which is why we are unmoved by artificial flowers”.-Wallace Stevens