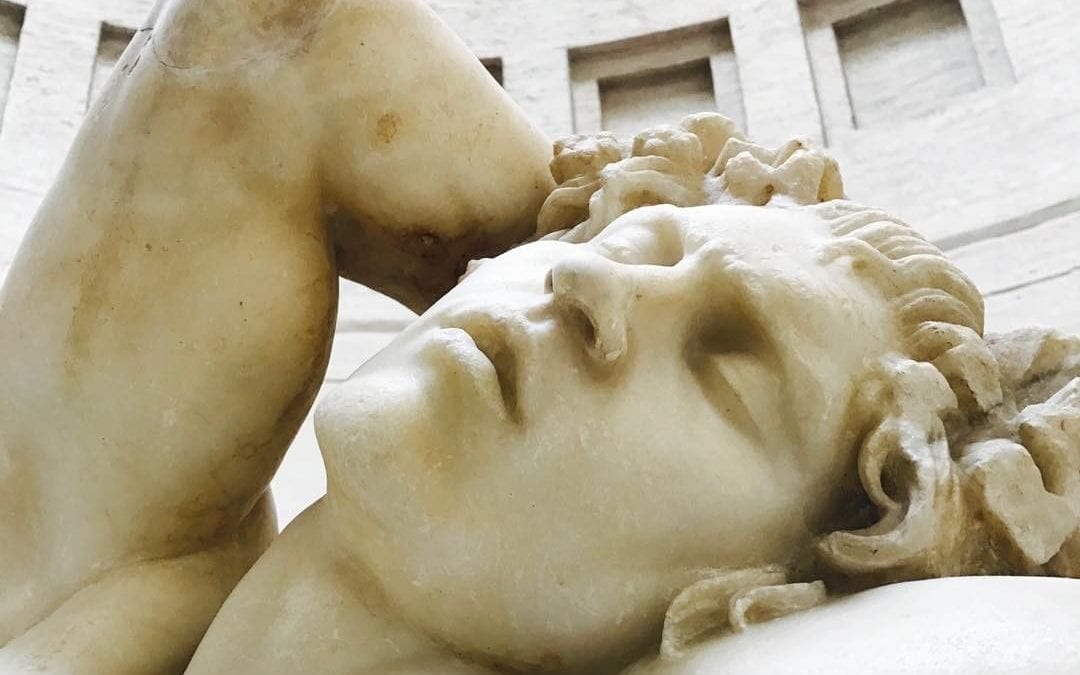 I have a fascination for psychological terminology- this has most recently been seen in my enthusiasm in response to the Placebo and Nocebo Effects, which I’ve based two bodies of work on.

When I heard of the classification of Stendhal Syndrome I was excited.

Stendhal Syndrome is:
“A psychosomatic response—tachycardia, vertigo, fainting, confusion and even hallucinations—when the ‘victim’ is exposed to particularly beautiful, or large amounts of art in a single place e.g., Florence (Italy), which has a high concentration of classic works; the response can also occur when a person’s overwhelmed by breathtaking natural beauty.”
(https://medical-dictionary.thefreedictionary.com/Stendhal+syndrome)

When I was in Munich I went to The Glyptothek (Munich’s ancient sculpture gallery) and I had an experience similar to that described above. I was blown away by the artistry of the sculptors. It felt like a religious experience.

While the idea of classifying emotional responses, and thought processes, always feels somewhat confining the “science” behind it I find very interesting. I put the word science in quotation marks as, despite spending the best part of a decade studying Sociology and Psychology, I still question their legitimacy at times. Not all of it- but portions of it. It’s forever developing and things that were previously deemed to be disorders are now understood to be part of the experience of being human. Varied.

This article includes some interesting historical reports of the experience I’ve mentioned:  https://www.ncbi.nlm.nih.gov/pmc/articles/PMC2991758/