Home / Within This Skin at ‘Leanings’– Pah Homestead Gallery

Within This Skin at ‘Leanings’– Pah Homestead Gallery 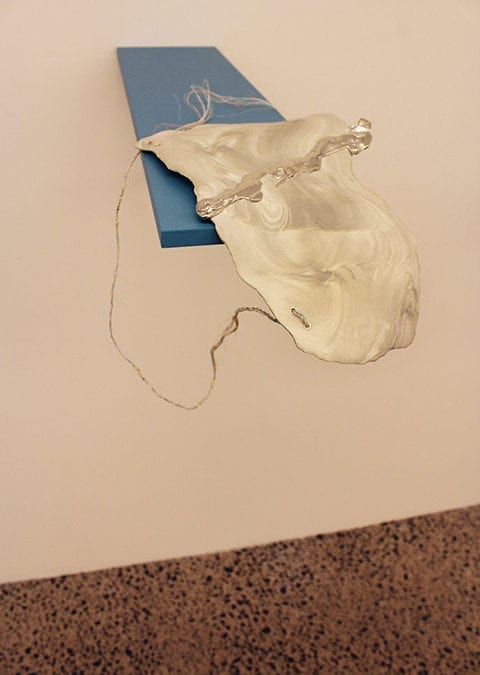 Working with the eventual materials of this project was a significant departure from my typical and ‘safe’ mediums that I am familiar with. The general fragility and unpredictability of these new materials made the tenuous early stages of the creative process even more uncertain.

Uncertainty and fear are a normal part of the creative process as projects unravel and manifest. But it is almost about simultaneously embracing these emotions, yet having faith in the process that the answers will come when needed.
Usually working with my favored materials of wood, stone and metal, space is allowed for the emergent qualities of the materials themselves. I found with the ceramics, and eventually then combining pewter, these substances definitely have their own path they wish to take, often with the most surprising or rewarding outcomes. It once again became about letting go of the need to control, inside an indomitable process.

Tipping point – “the point at which a series of small changes or incidents becomes significant enough to cause a larger, more important change”.

With my installation of the collection, I was encouraged by Ben to play on the fragility factor, so I opted for a grouping of multiple planks that were long and narrow. Balancing a work on the end of each plank and trying to secure it while still allowing for the feeling of peril was the main challenge.

The feedback on the display I received from the audience I did speak to was that of concern. They were worried about the broken pieces on the floor, of people bumping into the pieces that were already ‘on edge’.
I was happy the installation had made people feel uncomfortable! I hope that they also made the connection between my theme and their own emotional reactions…
It did become somewhat unnerving watching drunk people at the opening, teeter past oblivious to how close they actually were to catastrophe. (Haven’t we all witnesses some mishap or another at an art opening?!) The irony of my desire for our population to become more conscious of their actions upon our environment while watching this spectacle was not lost on me. Ha!
While pushing my fears of breakage aside for this display, I wonder if I could in future, in fact invite more deliberate ‘accidents’ to occur with audience in the name of my given theme…?

After seeing photographs of the exhibition Ben offered the following feedback;
“The display looks great. I like the way the planks extend into space, the detail of the lower one (with broken pieces) and the pseudo-randomness of them. I also find that the way you have placed the pieces on the very edge of the plank gives a strong sense of fragility and precariousness: all of which conspires to bolster your theme and angle, and must have made a nice impression on visitors. I wish I could have been there!” 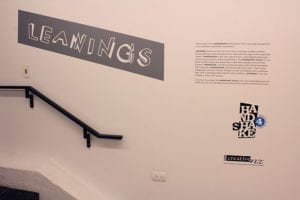 DIY job. My friend and I learned to apply signage on the fly – not bad! 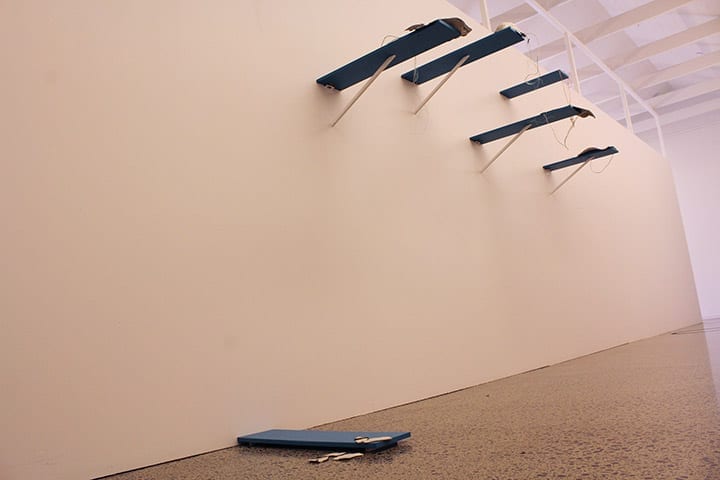 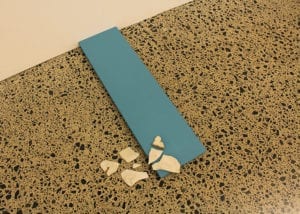 Plank raised an inch on floor to create negative detail 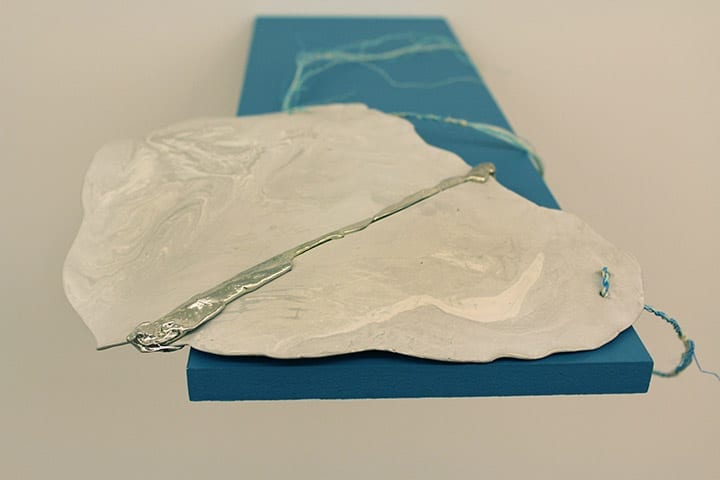 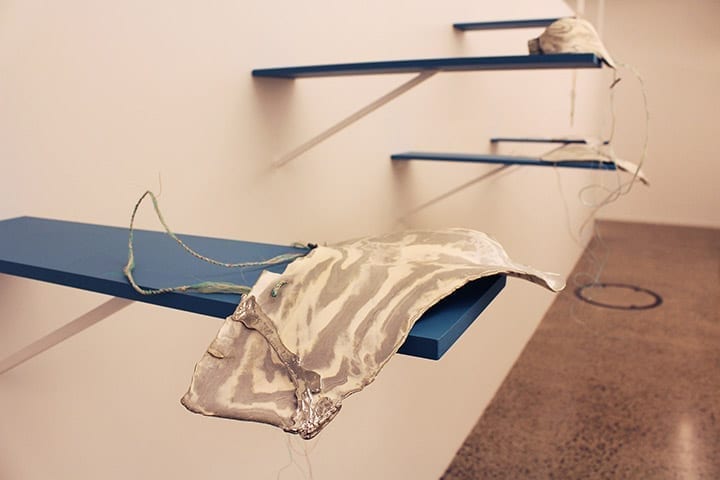 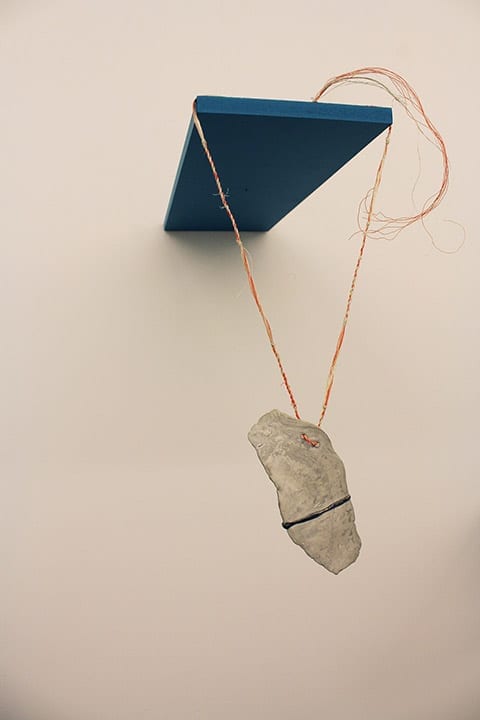 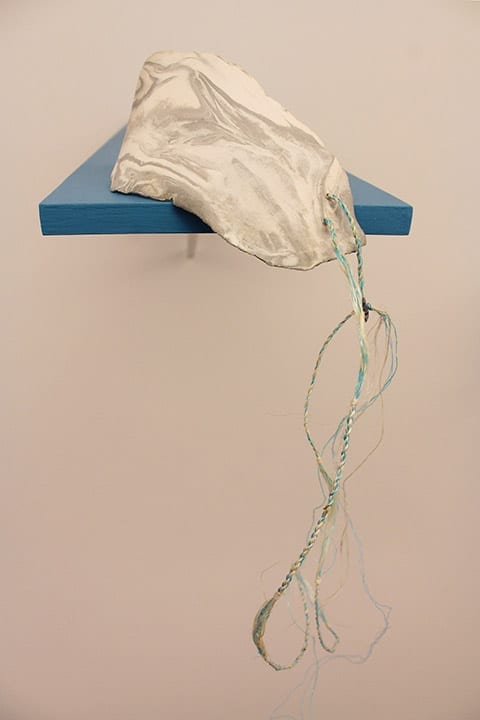 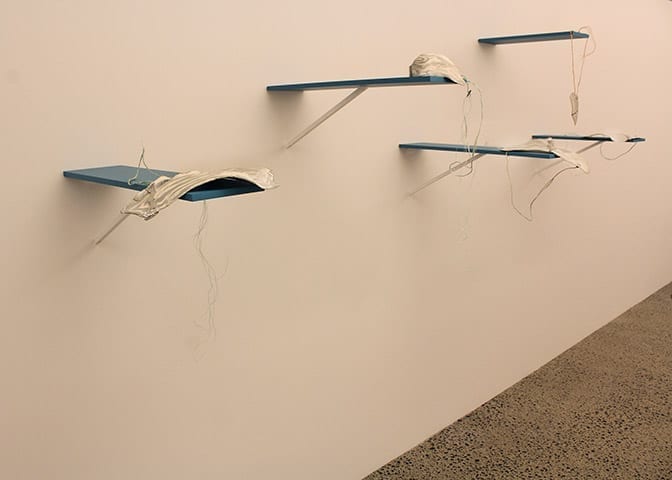 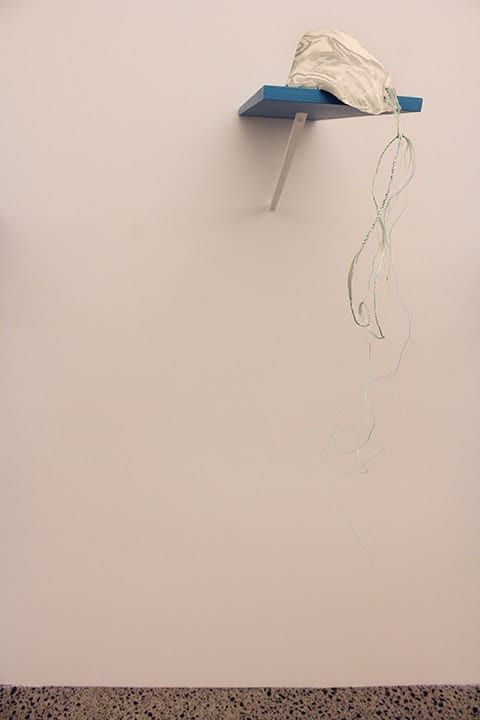 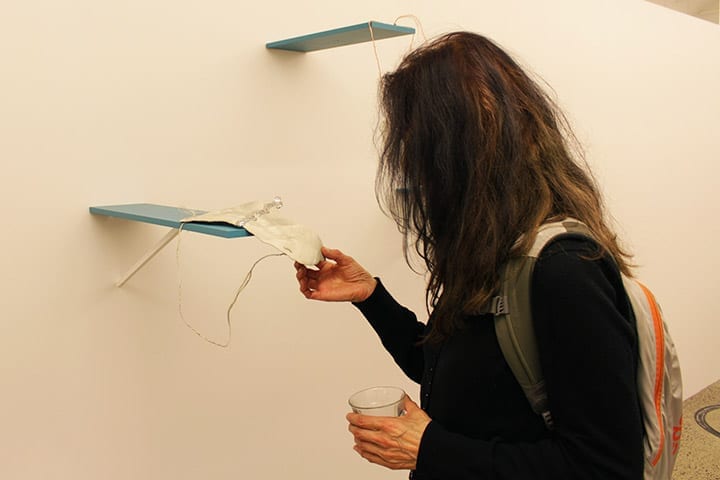 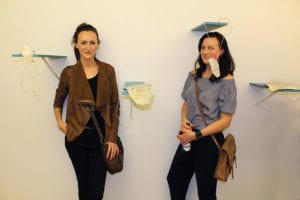 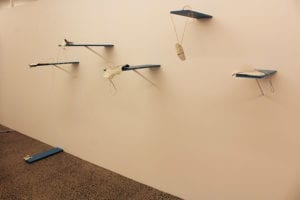