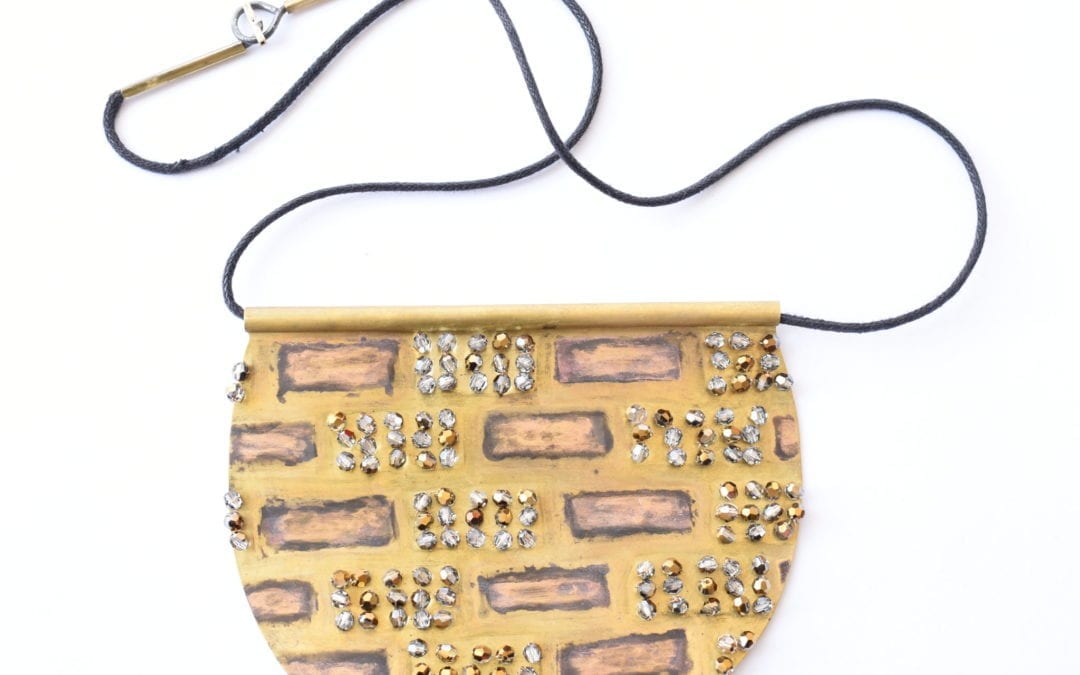 For the upcoming and final (how did that come around so quickly?) HS4 show at Corban Art Centre, we have decided on the title ‘Polarity’. We were asked to write a few words to illuminate our various responses to this title and this was my response:

“I’m approaching the theme of ‘Polarity’ from the point of view of making work derived from the constant ‘push-me pull-you’ narrative that drives my own artistic practice and to be fair, my own existence! There are always voices inside my head that doubt my making process, constantly questioning the point of what I am making, urging me to put down the tools and walk away. From many conversations with fellow jewellers, I know I am not alone in this!

When making an object that is responding to an emotion or a concept, it is also wise to give due consideration to any opposing forces in order to legitimise the integrity of that object. Nothing light can exist without dark, love cannot flourish without hate and so on. If we only paid consideration to one pole we would spin off into chaos.

Finally, as a person who grew up with two nationalities, from opposing sides of the globe, I am all too familiar with the feeling of a fractured sense of identity and I am constantly tussling with an inner dialogue between two cultures which are sometimes remarkably similar and other times, ‘poles apart’.”

The recent work I have been making, inspired by the theme of London Stock Brick (see my blog post from April 19th) is very much influenced by my dual nationalities and as such, this work allies itself with the double-headed Polarity theme. Living and working in a southern hemisphere city, where proposed civic fireworks are suspended  because of the presence of a single whale in the harbour, I am also inevitably influenced by the huge, sprawling, dirty city of my birth where governments teeter and a whole nation concentrates on eleven overpaid men kicking a ball about. Micro to macro and north to south, the pendulum swings on.